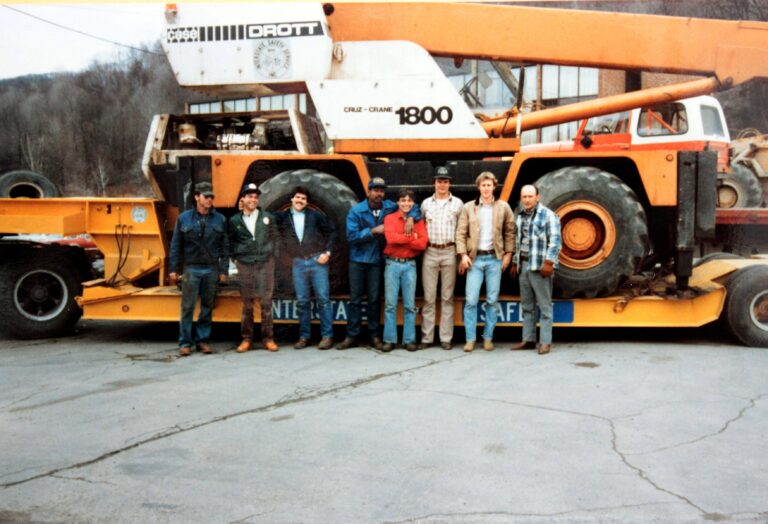 Frank and Susan Colombo started Interstate Safety Service, Inc. in 1965, with the help of their two sons Jeff, and Chris. It started out in humble beginnings as a sign shop, providing signs and barricades for Pennsylvania roadways. The business soon took off, and started branching out into other roadway safety products. In the early 80’s the company changed into what it is today. Frank and Susan had a vision and completely transformed into a concrete barrier company. They secured their first job in Erie, Pennsylvania. Frank secured an old ship yard building, and had the majority of his employees, including his sons, pack their things and move across the state to Erie to begin making precast concrete median barrier. The young team learned as they went, often pouring twice a day to be able to fill the demand of their first job. For six months they lived in Erie making barrier, and once they had enough, they set the barrier on the roadway, and successfully transformed into what we are today. Since then we have continued to grow and learn year by year. Jeff and Chris started taking on leadership roles, and growing the company even further until settling into concrete plant manager, and mechanics shop manager, respectively. We are now into our third generation with Jeff’s oldest son, Erik, as the estimator and project manager. Chris’s oldest son, Chris Jr. as a road crew operating foreman, as well as Human Resources director. Jeff’s youngest son, James, as an operating foreman as well as website designer and manager. Each year we have grown and made our services better and better, and after almost 55 years, we have no plans of slowing down. The future of this company is brighter than ever.